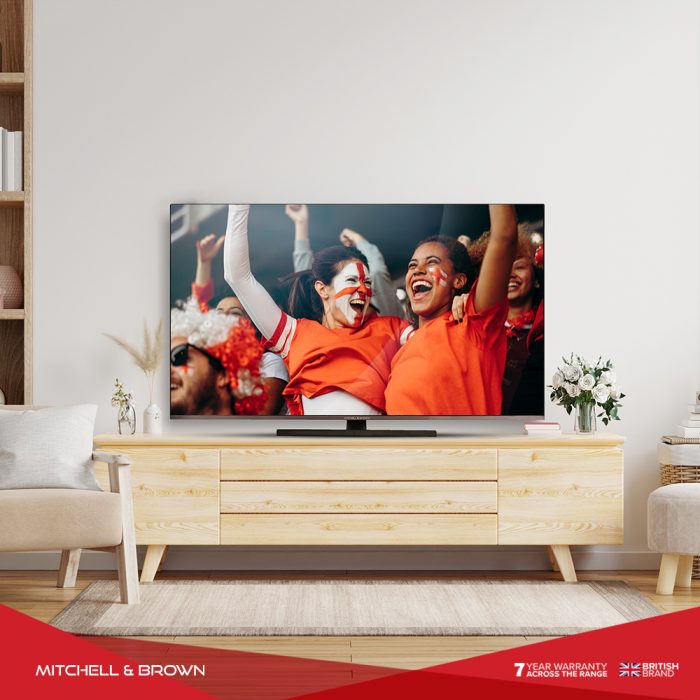 The UEFA Women’s Euros is finally here, England are hosting its first major football tournament in over a decade! England are hoping to claim their first major title on home soil this month. With so much to look forward to make sure you don’t miss a minute of the action on your Mitchell and Brown Smart TV. All matches will be available to watch live on the BBC and BBC iPlayer.

Live Coverage of the Women’s Euros

Running until 31st July 2022, all 31 games are being covered across BBC One, BBC Two and BBC iPlayer.

Next key date for England in the Women’s Euros

Knock out stages of the Women’s Euros

The knockout stages of the Women’s Euro 2022 will take place from Wednesday 20th July, with the final taking place at Wembley on the last day of the month.
Quarter Finals: 20th, 21st, 22nd and 23rd July
Semi Finals: 26th and 27th July
Final: 31st July

Where will the Women’s Euros be held?

The tournament will be played at ten venues across the UK, including Old Trafford, Brighton & Hove Community Stadium, Wembley, and Manchester City Academy Stadium to name a few.

Who will be covering the Women’s Euros?

Remember to catch up on all the biggest sporting events this summer on your Smart TV for free with Freeview and don’t miss a minute of the action with Freeview Play.