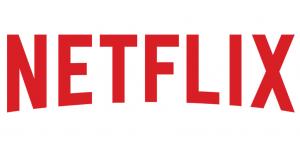 New on Netflix in March 2018: the best movies and TV shows coming soon

New on Netflix in March 2018: the best movies and TV shows coming soon

It’s not quite spring yet, but there are already signs that winter is coming to an end. For one, there are some beautiful new shows sprouting up on Netflix UK, including new episodes of Designated Survivor, Love and Jessica Jones.

There’s also plenty of fantastic Original films dropping too, including Annihilation, Alex Garland’s hotly anticipated follow-up to Ex Machina. It’s a female-led sci-fi which stars Natalie Portman, Tessa Thompson and Jennifer Jason Leigh, and the reviews from the US – where it has already received a cinematic release – are very, very good.

Elsewhere, Jared Leto stars as an American soldier in Japan who gets involved with the Yakuza in The Outsider.

There are a few classics arriving this month, too, led by Tribe Called Quest documentary Beats Rhymes and Life, Kramer Vs Kramer and German WW2 drama Downfall.

Here is everything coming to Netflix UK in March 2018.

Downfall The last days of Adolf Hitler – try to look past the parodies and see this for the great film it is.

Flint Town: season 1 Examining the state of law enforcement in the USA through the lens of the Flint, Michigan police department. A true crime documentary on Netflix? Prepare the Making a Murderer comparisons…

Beats, Rhymes & Life: The Travels of A Tribe Called Quest The trials and tribulations of the legendary hip-hop outfit, driven by the tumultuous relationship between bandleaders Q-Tip and the late Phife Dawg

Whitney: Can I Be Me Nick Broomfield delves into the life of the troubled singer, who passed away in 2012

Gad Elmaleh: American Dream The wildly popular French comedian performs his first English language set. If you love podcasts, his story of trying to break America is a must listen.

Marvel’s Jessica Jones: season 2 The superhero-turned-PI returns, and she doesn’t seem to have quite shaken off the clutches of David Tennant’s Kilgrave

Read more: Everything you need to know about Jessica Jones season 2

Ladies First The inspirational tale of Deepika Kumari, who rose from poverty to become the no.1 archer in the world at the age of 18

Love: season 3 The final chapter of least romantic comedy ever

Nailed It: season 1 Aspiring bakers attempt to recreate edible masterpieces for a $10,000 cash prize. The US haven’t quite found their version of GBBO yet, could this be it?

The Jungle Book (2016) Before Beyoncé blows us all away as Nala in the Live action remake of The Lion King next year, revisit Jon Favreau’s take on this classic Disney tale

Annihilation Biologist Lena (Natalie Portman) heads into a strange, quarantined zone in the US to try to save her husband.

Ricky Gervais: Humanity Gervais is back with a new and very well received stand-up tour

Benji Marley and Me, but with kids and, presumably, a happy ending

Take Your Pills Tracking the Adderall trend in the USA

Wild Wild Country: season 1 A documentary series which delves into the story of a cult leader who built a utopian city in Oregon in the 1980s. It didn’t quite go to plan…

The Standups: season 2 Amateur comics take to the stage

Guardians of the Galaxy The funniest Avengers are back on Netflix

The Mechanism: season 1 Brazilian Original series about corruption in the oil and construction industries

A Series of Unfortunate Events: season 2 Neil Patrick Harris is back for more villainous treachery

Captain America: Civil War The Avengers are pre-occupied with in-fighting as a greater threat lurches in the background